‘System 1’ is fast, instinctive and emotional;

Most sports are a System 1 problem to be solved – with decisions required to be made at a speed far faster than System 2 could ever deal with, yet most of what happens in coaching seems to be targeted at System 2.

This is often because we want to promote understanding of the athletes we coach. But what is ‘understanding’ in the context of sport? If the tactical problems that present themselves in the competitive arena can be solved ‘unconsciously’ or ‘semi-consciously’, how much do they need to be consciously explained/understood?

Should we be more aware that any explanation could potentially interfere with System 1 processing by having System 2 jump in, as the player is about to make a decision? There is a large body of thinking around this in the realm of skill acquisition for sport with regard to implicit and explicit learning. System 1 here would correspond to skills learnt, and able to be expressed, implicitly. Whereas System 2 understanding requires explicit, conscious thought to be recalled. Essentially, System 1 can’t operate to full efficiency if the tasks it is trying to solve require conscious retrieval – the process is too slow to satisfy the speed at which skills must be expressed in the competitive arena.

What I’m referring to in this article though is not the technical expression of skills but the tactical process of problem-solving. In both these situations ‘skill’ can be taken as a given, especially as what I’m referring to here is primarily elite sport, although this, of course, has application all the way down the development pathway – and should do if we are to end up with elite athletes who are able to effectively solve problems in the moment.

A lot of preparation in elite sport is focused on developing a strategic understanding of opponents. While there are obvious benefits to possessing tactical knowledge of an opponent, if this strategic thinking pops into a player’s mind at the wrong time, it can hamper the solving of the problem in front of them in that moment – by taking them out of ‘the moment’.

System 1 is maximised when a player is fully ‘in the moment’ so how can we help achieve this?

Western performance models often think in terms of addition; what can we ‘do’ to make sure we have the best chance of performing? I prefer to reverse this thought process; what can we stop doing to allow performance to best be expressed?

‘Focus’ is an often talked about concept, but if we’re trying to focus we’re certainly not fully involved in the activity we’re undertaking. This complete involvement is often thought of as ‘flow’, which is generally attributed to the exclusion of conscious thought, therefore does anything that increases conscious thought around the time of competition actually work in opposition to achieving the state we’re aiming for?

How conscious is Messi when he dances through the gaps between opposition players, with the ball seemingly glued to his feet?

To consider how we can best maximise System 1 we must think both short term and long term.

In the short term, there is little we can add that can help system 1, but there’s a lot we can do that can hinder its expression. Overloading of tactical information is a primary culprit but there are all sorts of additional information and pressures that are placed on the professional athlete in the modern age of sport.

So to allow System 1 to prevail in the necessary performance situations we must look to reduce System 2 driven input as we get closer to competition, such as tactical knowledge or anything else that is likely to distract the player from the moment in front of them once they get out there.

Fear is another one of the biggest causes of System 2 dominance in System 1 relevant situations. So we must consider how we can reduce this in the lead up to a competition. Again I feel the way to do this is to first consider what we can remove before considering what might be added.

One thing that should certainly be ‘added’ however, or at least discussed frequently, is the recapturing of love for the sport that the athlete competes in and considering how lucky the younger version of them would feel to be placed in such a situation. Try to focus on gratefulness for the opportunity, rather than apprehension due to pressure. 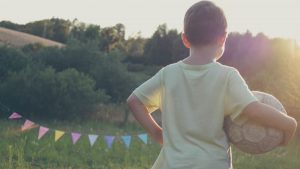 When thinking long term, we must consider how we structure practice to optimise System 1 development – this looks like; problem-solving + skill execution under pressure, with consequences. The majority of practise should be structured like this, as the majority of the game is structured like this. However, unfortunately, even in elite sport this is often not the case for most practice sessions. With coaches under huge amounts of pressure, there seems to be a tendency to default to ‘controllable’ sessions that are low in error and usually low in learning. These ‘controllable’ sessions would certainly be towards the ineffective end of development of System 1 in the sporting context.

While System 2 understanding is clearly essential in sport and more important in certain parts of the game than other; during breaks in play or while setting up for set plays, for example, the narrative of how we incorporate this thinking into our preparation is what is most crucial. The narrative is what governs the message that players ultimately receive – if we are suggesting that in order to succeed in the game we must ‘understand’, we are suggesting that System 2 holds more importance in sporting situations than System 1. Thus likely taking from an athlete’s faith in System 1 once they enter the competitive environment, and therefore likely hindering its expression by creating doubt for the athlete in their ability to solve problems as they present throughout a game. In time-sensitive scenarios, this is the last thing we want to happen.

Once we’re close to competition everything we do should be geared towards giving System 1 the best opportunity to operate freely and in an uninhibited manner. If System 1 doesn’t solve the problem as we’d like in a particular competitive situation then we need to think about how we can structure training to help System 1 better solve the problem next time – System 2 may be part of the vehicle to doing this, but the aim is always to give System 1 the best opportunity to perform in the moment, for this moment is all the athlete ever has and where success/failure is ultimately determined. 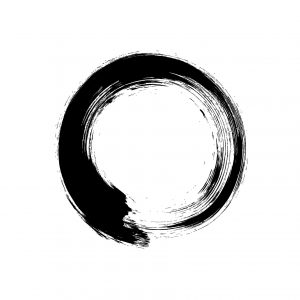